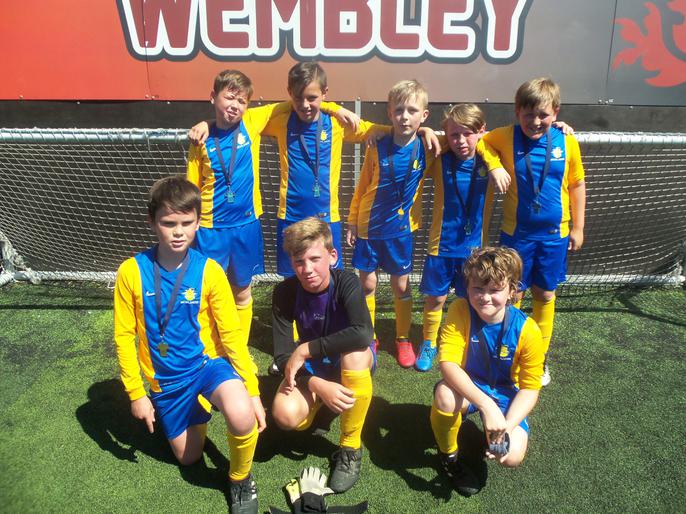 On a scorching Monday the Yr 5&6 6-a-side football team took part in the world cup competition run by the Southampton foundation. Representing England meant a huge responsibility and the boys did not disappoint. The first game against Kanes Hill caught them off guard after going 1-0 up, they were quickly 2-1 down and seemed a little down. However in the following 7 games we managed to win 5 and draw 2. Notably we beat a strong Harefield team and drew 3-3 with Bassett Green (Brazil). This setup a final with Basset Green!

We started brightly and had chances to score but we couldn't find the back of the net, Bassett countered and scored quickly followed by a 2nd. The boys kept working but Bassett's skill and team work were paying off, Newlands were becoming more and more frustrated in front of goal. As pushed for a goal, we got caught out of position and a 3rd and then 4th goal were conceded. resulting in a 4-0 lose.

However in the heat and surrounded by some extremely talented teams and players, we held our own and Mr Harris was extremely proud of the football we played the way we never gave up.